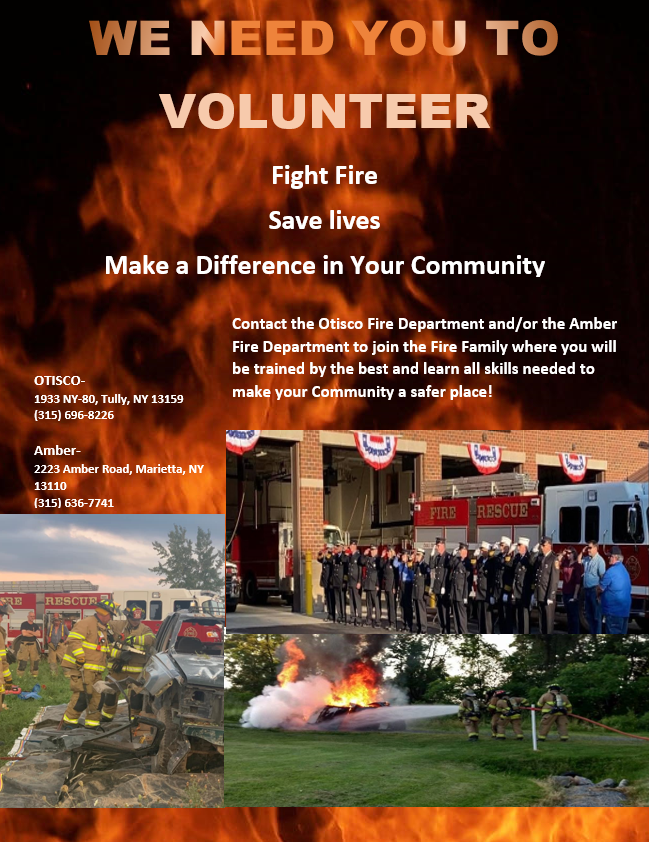 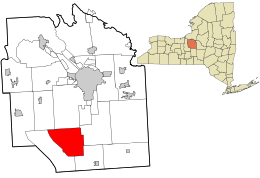 The Town of Otisco

The area in which the Town is located had been occupied for centuries by the Onondaga People, one of the original 5 nations of the Iroquois (Haudenosaunee) Confederacy in northeast North America.

The area became part of the former Military Tract of Central New York State which consisted of nearly 2 million acres of land that was set aside to compensate New York's soldiers after their participation in the Revolutionary War (American War of Independence). The Town was first settled by outsiders around 1798, and permanent settlement began around 1801. The Town of Otisco was formed in 1806 from parts of the towns of Marcellus, Pompey and Tully.

The Town also encompasses the Hamlets of Otisco and Amber, the latter being situated on the north shore of Otisco Lake, which is the easternmost of New York's eleven Finger Lakes.

The Town's picturesque countryside, with its rolling hills and mountainous terrain, is rural, dotted with homes, family farms and small businesses.

There were 2,541 residents and 922 households within the Town according to the 2010 census. In contrast to its relatively small population, the Town of Otisco is the 4th largest Town in Onondaga County in terms of land size, covering approximately 31.2 square miles with approximately 34.40 miles of Town roads. The Town Government consists of a Town Board, Town Clerk, Town Justice Court, Town Highway Department, Code Enforcement Officer, Animal Control Officer, Tax Assessors, Tax Collector, Attorney for the Town and Town Financial Advisor.

A Directory of the Town's Municipal Departments can be found in the Municipal Directory on this website at townofotisco.com/services/

Apply if you’re a homeowner who is:

Call New York State Homeowner Assistance Fund for more information on this funding Monday through Saturday from 7 AM to 8 PM.

Eligibility and benefits are based on:

For more information about LIHWAP please call the NYS LIHWAP Call Center at 1-833-690-0208 or call the toll-free OTDA Hotline at 1-800-342-3009. You may also email LIHWAP at: NYSLIHWAP@otda.ny.gov. or visit their website at https://otda.ny.gov/programs/water-assistance/

The Town Clerk has been provided with a limited supply of COVID-19 At-Home test kits and face masks from Onondaga County for distribution. While we hope to have these supplies replenished in the near future as they become available to the County, unfortunately, at this time, the At-Home test kits supply is limited.

New Time for Town Board Meetings

Please note that the Town of Otisco Town Board's regular monthly meetings starting times have
been changed from 7:30 PM to 7:00 PM.

Regular Town Board Meetings are open to the public and are held at the Town Hall located at
1924 Barker Street in Otisco, New York.

To speak with the Town Supervisor or any of the Town Counselors, please call (315) 696-4676
and follow the prompts on the recorded message, or you may attend any regular Town Board
Meeting and request that the Board address any questions or concerns.